Elaine Raphael Bolognese was born in 1933 in Brooklyn to immigrant parents during the depths of the Great Depression. She was the last of five children – the youngest in a very large extended family — quiet , shy and easy to overlook. In school she didn’t speak up – she seemed distant, but all the time she was looking and listening and feeling. At nine years old a nun in her parish church gave her some art materials and Elaine discovered she could do what her friends could not – she could draw and paint and make pictures that were alive. The nuns were delighted. Now they could adorn their walls with saints and angels and portraits of the Virgin Mary. Elaine had discovered her gift. Later, in high school, another kind and perceptive art teacher saw her gift and nurtured it, helping Elaine to get the courage to apply to the prestigious all-scholarship art school, The Cooper Union.

Elaine received a BFA degree from The Cooper Union School of Art where masters of the WPA style like Robert Gwathmey and Stuart Davis were her teachers. There she met and fell in love with fellow artist and future husband, Don Bolognese and started a personal and professional collaboration that would last a lifetime. They were married on December 4, 1954 in New York City and began a life devoted to art and family. Together they wrote and illustrated more than one hundred books including prize-winning works such as the dust jacket for the 50th anniversary publication of John Steinbeck’s The Grapes of Wrath. They gained notoriety for their children’s books among which are several acclaimed series on art technique and American history. 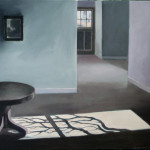 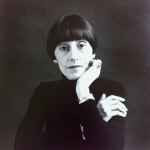 
Elaine was particularly recognized for her fine art print making which appeared in many bibliophile editions of literary classics and in more personal etchings such as her ethereal Meditations on Vermont series (www.vermontprintcollection.com). While these activities brought Elaine both awards and honors, she was always proudest of her teaching and commitment to arts education.

Elaine pursued her very personal style of oil painting throughout her life but only shared that work with the public after she turned 70, Elaine’s sold out 2007 show at the In-View Center for the Arts in Vermont exhibited evidence of the influence of the American Realism of Hopper and Wood. In her last show, at the Southern Vermont Art Center, “Light and Solitude: The Poetry of Country Life,” her paintings sought to create a timeless evocation of the Vermont life she loved so dearly. Although they were in what she called a “minor key,” Elaine’s paintings lift the viewer’s mood by offering an inviting stillness that we are tempted to inhabit. She will be remembered as a worthy heir to the American Realist artistic tradition.